TBI Scientists Drs. Trevor Douglas and Mark Young were recently featured
in a television pilot for a new PBS series

EXTREMOPHILES - New Life in Extreme Conditions :: Watch the Pilot!! TBI Scientists Drs. Trevor Douglas and Mark Young were recently featured in a television pilot for a new PBS series, Wired Science. The pilot, which aired nationally on PBS on January 3rd, 2007, highlights research in Yellowstone thermal environments. This project emphasizes the importance of collaborative work, demonstrates the connection between basic and applied science, and the technological advances made possible by their research.

Douglas and Young study thermophilic novel viruses from Yellowstone thermal areas and use the shell of the heat adapted viruses for a variety of applications. The protein shell, or cage, from the viruses is one type of biomolecule that is well suited for use as a container. Professors Douglas and Young demonstrate the varied uses of the virus shells as containers, from drug delivery systems to the production of hydrogen.

PBS nationally can be viewed on 98% of American households, and Wired Magazine has a monthly readership of 2.2 million.  The pilot will be used as a centerpiece for a joint K-12 education project focused on nanotechnology with Montana State University’s Thermal Biology Institute and the Center for Bioinspired Nanomaterials 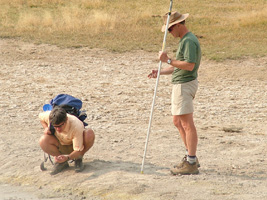 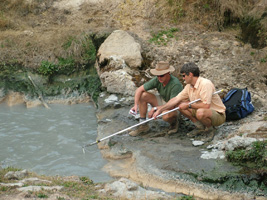 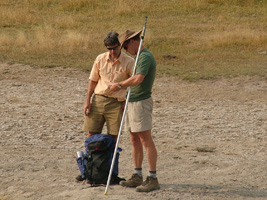